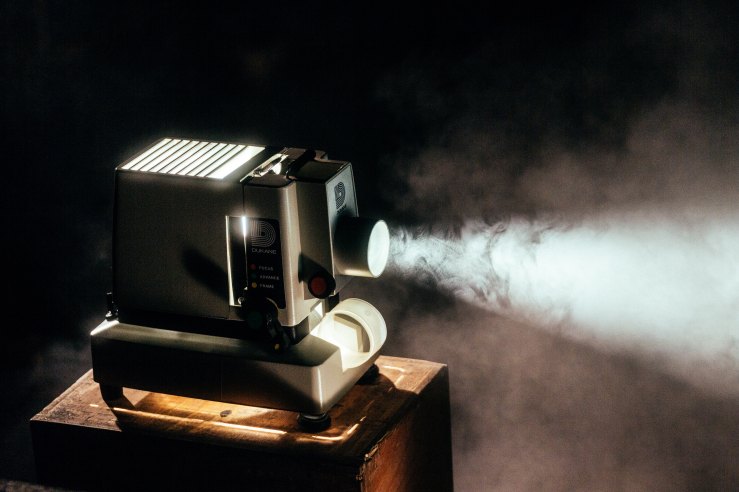 Is it irony or self-awareness that much of Silicon Valley is enamored with a show about techno-paranoia? The genius of Black Mirror lies in its presentation of dystopias that are terrifyingly close to reality. Each episode combines technology that’s almost arrived with the dark tendencies of human nature to produce a shocking world, but one it seems we’re on the cusp of. I just did a google search of the show, and the first headline read, “Black Mirror’s ‘Nosedive’ episode is about to become reality in China.” Black Mirror is like a canary in the media mine, signaling the dangers of where technology could lead society before it descends upon us.

I’ve only watched a few episodes, and I don’t go around recommending it. If you haven’t seen it, I don’t exaggerate when I say many of the episodes are chock full of immorality and baldly disturbing. It’s also not what I’d call entertaining. But it is thought-provoking.

The episodes take a familiar, relatable premise (like social media ratings, video game escapism, online dating) down dark and twisted paths. This is what could happen… and all things considered, its creative and believable. While most critics applaud the show for cleverly exposing the danger of technology misuse, I think Black Mirror does more than that, whether intentionally or not. More than pointing out how social media or memory scanners could wreak havoc, it exposes the darkness of the human heart. Technology is just an enabler.

Take the Nosedive episode. Lacie lives in a world where people rate each other based on each interaction they have. Your average rating affects your job, ability to buy a home, and could even send you to jail if you drop too low. Talk about incentive to practice fake smiling and friendliness all the time (which she does). Lacie is obsessed with getting her rating up to move into her dream home, but a series of unfortunate events send her rating spiraling down. It’s a messed up world that doesn’t feel too far away, with rating Uber/Lyft drivers, pandering for Likes and Follows on Instagram … who’s to say ‘social credit’ won’t take a more prominent role in a society dominated by social media?

But behind this world is the same reality of human nature. There is nothing new under the sun. We’ve always wanted to be liked by others, to be on the highest rung of the social ladder. Read Jane Austen! No one had a rating associated with their name, but people were fundamentally the same. There’s a public face you present to garner favor, especially among the elite. Women weren’t chasing 5/5 stars on an app, but they were chasing the wealthiest man, the most luxurious lifestyle, admiration from others, ultimately for the same purposes. What Black Mirror did was recognize that innate nature, and placed it in a new infrastructure enabled by technology.

One more example: the Crocodile episode (this one is really bleak and violent). In her young and stupid days, Mia helps her friend Rob cover up a hit-and-run where he was behind the wheel. Years later, Rob wants to confess, but Mia has a successful career and family, and she doesn’t want to dig up that past – so she kills Rob. Then she witnesses a roadside accident (a self-driving pizza truck hits someone). An insurance agent comes knocking with a device that can replay memories, but that means exposing her murder of Rob … which leads her to kill the insurance agent, and then the insurance agent’s family.

(I told you it’s disturbing.)

Crocodile addresses a regular theme in Black Mirror: the invasion of privacy. Technology has turned everyone’s eyes into potential surveillance cameras that can be replayed. It’s meant to be used for good, but this episode shows a case where it goes extremely poorly as it pushes Mia to kill more and more in order to cover up her earlier crimes. But again, the fundamental issue isn’t with the Recaller technology. Mia is hellbent on protecting her self-interest at any cost to others. This is the darkness of the human heart. Sure, the technology exacerbated the situation, but the point is, her capacity for murder out of self-protection existed long before she was triggered.

We do face unique challenges today with the advancement of technology. Its moving at a pace where policies can’t keep up, and they often come retroactively and always imperfectly. There is a legitimate fear about what our tech can do in the wrong hands. But the reality is, no one is trustworthy. We’re all fallen people. Ironically, in a time where the culture denies original sin and validates self-worth and individual goodness, a show like Black Mirror isn’t just sounding a warning about technology, but signaling the sinfulness of our own hearts.

Photo by Jeremy Yap on Unsplash